Shadows of the Empire was the first multimedia event. Everything was tied in but an actual movie.

The story takes place between The Empire Strikes Back and Return of the Jedi. The mission: to find and rescue Han Solo before Boba Fett gets him to Jabba the Hutt. The complication: someone has put a hit out on Luke Skywalker. The puzzle: The Black Sun crime cartel may have the answers. But they also might be the problem.

I’d rate the novel 4 stars at least.  I tend to like a bit more insight into character thoughts or I’d give it more. The novel Shadows of the Empire focuses on the criminal mastermind Prince Xixor and his competition with Vader and our heroes. Steve Perry was the author. It’s fast paced and offers some glimmers of Luke’s growing power and skill. Vader’s thoughts about Luke give hints to the man he is in Return of the Jedi. Leia also shows a few hints that there is a connection in the Force we’d didn’t have a chance to see in the movies. We meet Dash Rendar, a new smuggler character that helps Lando fill in Han’s role for this one mission.

There was also a junior novelization of Shadows of the Empire by Christopher Golden.

The comic books and graphic novel by Dark Horse focuses more on the Boba Fett who is trying to get Han to Jabba, while fellow bounty hunters and the rebels try and stop him.  John Wagner was the author and Kilian Plunkett illustrated. I particularly liked the new character of Jix, an agent of Vader’s.

The Shadows of the Empire video game for Nintendo 64 and the PC focused on Dash Rendar, a rogue like Han who is hired to help out. As yet it has not had a rerelease anywhere. It was created by LucasArts. It’s a good game but keep in mind the story doesn’t quite match the books and comics. Those are the primary canon since the games tend to alter things just to spice it up.  But the variation is only in Xixor’s castle and in the swoop rider’s appearance.  Be advised the game is more playable with a controller. I found the keyboard just couldn’t stop me from sliding off cliffs.

Shadows of the Empire answers several questions brought up by Return of the Jedi. Where did Luke get a new lightsaber? (There is a cut scene in the Blu-Ray that proves at one point, the movie would’ve answered this.) Where did they get the idea for Leia to infiltrate the palace as the bounty hunter Boussh? What was Luke doing if he didn’t go back to Yoda before Return of the Jedi? The story of the Bothans who stole the Death Star plans is here too.
Check out the original Commercials: 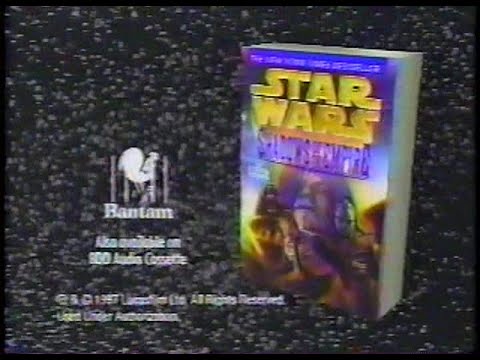 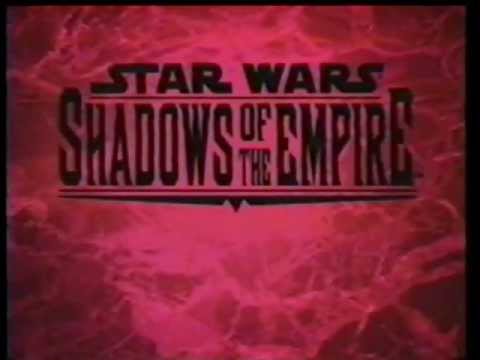 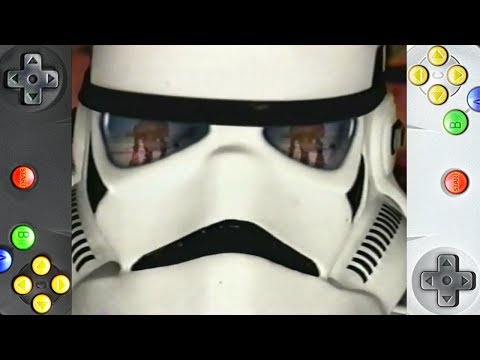 Prince Xixor: Criminal kingpin and rival of Darth Vader, Xixor appears in the Han Solo Trilogy novels by Ann Crispin, manipulating the Hutt Besadii clan. He also appears in Coruscant Nights I and The Last Jedi. (pronounced /shē’zōr/) according to the audio book Shadows of the Empire and  the game Empire at War, Forces of Corruption.

Guri: A human replica droid owned by Prince Xixor. She has a follow up story by Dark Horse Comics  ‘Shadows of the Empire: Evolutions.’

Wrenga Jixton: A human agent who works for Darth Vader, sent to protect Luke Skywalker from Jabba the Hutt and capture him if possible.. Jix gets his own single issue Dark Horse comic, Shadow Stalker. Jix’s story ties into the events in Classic Star Wars comic strips.

Luke Skywalker: In this he is building his new lightsaber and practicing his skills. But he has put off returning to Yoda in order to rescue Han. He is also wrestling with Vader’s revelation and what to believe.

Darth Vader: Is torn between his desire to find Luke and his concerns that Prince Xixor is up to something. On top of that, Palpatine has ordered him to work with Xixor.

We actually see some comparison moments of Luke and Vader in this, for instance, in their shared love of flying and preference for a direct approach.

Princess Leia: She’s stepped aside from her Alliance duties for Han, and for her this is a very big thing. She’s also dealing with Black Sun to investigate who is out to get Luke killed, and misleading them into thinking it’s the Alliance who wants dealings.

Lando: He’s out to redeem himself but it’s clear Leia and the others finally understand his reasons. Without Han available, he is now the only link they have to the underworld connections.

Chewbacca: We see here how seriously how he takes Han’s request to take care of Leia.

R2 and C3PO: They get to fly the Falcon. No kidding. Really. And since C3PO had a memory wipe long ago and doesn’t recall learning to help Padme fly…well, it’s messy.

The Emperor: Not a big part for him, but given Heir to the Empire and Mara were long ago introduced, one has to wonder what his goal was in letting Xixor hear some of his conversations with Vader.

Affects on other Media

Shadows of the Empire had it’s own soundtrack.

Events from Shadows of the Empire are mentioned in the Return of the Jedi radio drama.

A mini figure of Prince Xixor is helping populate the crowd in The Phantom Menace podrace arena. 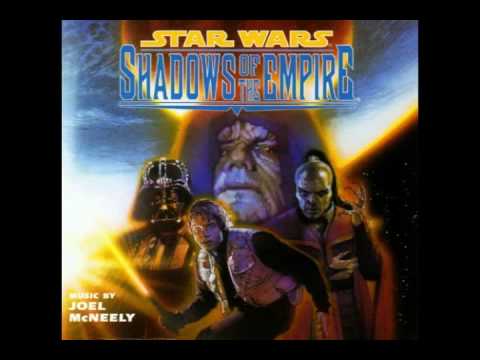 Xixor’s ship, The Virago had a model kit made by AMT. Xixor himself was also available, as was the Emperor.

Micro Machines also made a set of the Shadows of the Empire ships with mini figures.

The Falleen species introduced by Xixor go on to appear in stories all the way from the Old Republic era (books, comics, game) to the prequel era (Jedi Quest and Clone Wars comics) to New Jedi Order and Fate of the Jedi (decades after Return of the Jedi.)

The Black Sun Criminal Organization  was apparently founded sometime in The Old Republic era as it appears in the Old Republic era novel Fatal Alliance. It was partially dismantled by Darth Maul in the Dark Horse Comic of the same name. It goes on to have characters involved in the X-Wing novels and tries to resurrect itself in the Young Jedi Knights series. Black Sun is also mentioned in The Clone Wars TV series. In the Bounty Hunter Wars books, Prince Xixor is described as building, it presumably due to the events in Darth Maul and the clone wars that nearly destroyed it. How Durga the Hutt ends up working for Xixor is detailed in the Han Solo Trilogy by Ann Crispin.

A complete set of action figures plus ships was released to go with Shadows of the Empire as well as trading cards with art by Greg and Tim Hildebrandt.

2008 Legacy Collection also had a Shadows of the Empire comic 2 pack with that version of Leia and Xixor.

There is a sequel comic book series: Shadows of the Empire: Evolution starring Guri and a one shot,  Shadow Stalker starring Jix, Vader’s Agent. Big Gizz and Spiker, members of Jabba the Hutt’s gang, see more action in The Jabba Tapes.

There is also a non fiction book, The Secrets of Shadows of the Empire by Mark Cotta Vaz on the creation of the entire project.

Rogue Squadron 3D, the video game, was born of the popularity of flying with Rogue Squadron in Shadows of the Empire’s first game level.

""We believe that, if you must slay someone, if you must snuff out a life, then you must be willing to look that being straight in the eyes while you do it. The killing of a fellow sentient, even one who richly deserves it, is not a thing to be done lightly. Nor should it be a thing done easily. You should be close enough to see what it takes, to understand the pain and fear that enemies suffer when you dispatch them. You must feel some of their death....That's why the lightsaber." Barriss Offee, "Star Wars Medstar II Jedi Healer by Michael Reaves and Steve Perry""

This site uses images that are copyrighted in a 'fair use' educational context only. Many are taken of my own collection.